Sad news about a goat

Sad news about a goat 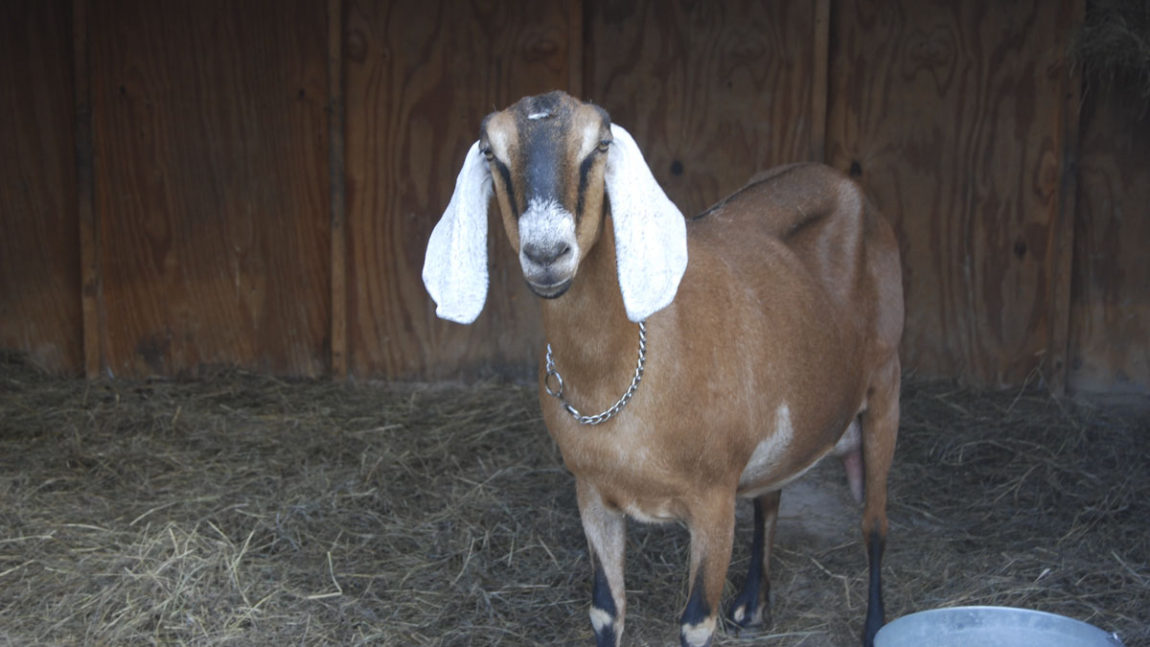 This week we had a bit of a tragedy transpire here at the farm. Our beautiful goat, Caroline, contracted a disease found in wild deer that basically eats her spinal cord until she becomes paralyzed. We hadn’t seen any symptoms and to find out later, there really aren’t any symptoms to be seen… until, she can’t walk, and by then it’s far too late to do anything.

After a long trip to the vet we learned that the parasite that is responsible for causing goats to become lame is actually transferred to the goat during grazing, by accidentally ingesting a tiny snail or slug that has eaten deer feces containing the eggs of the parasite. The interesting twist to this story is that the prevention for this ailment is eliminating slugs and snails from the goat’s pasture. How can you do that? Well, there is an easy answer, and we already have them here on the farm, ducks! They forage for snails and slugs and the parasite has no effect on them. The entire time we had our ducks by the river, alone, and the goats in the pasture, alone, we never thought of putting the two together.. BUT that is the very answer for preventing this dreadful disease and keeping a healthy goat herd. Sometimes more diversity, actually produces more stability in raising livestock, plants, and even human culture.

The skill of using permaculture principles to maintain a constant food supply in a changing climate is very similar to the lesson we learned this week about diversity. Sun, water, air, and of course earth. The 4 factors that make the life of a plant sustained, in other words, without just one of these elements a plant could not grow and we would never achieve sustenance to fuel all of mankind.